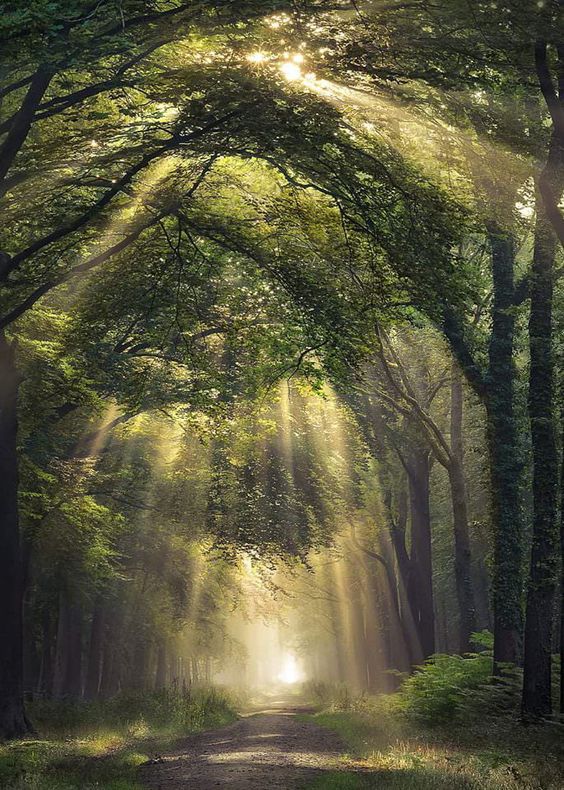 Ever since I can remember I have always taken the day off for my birthday. I believe it should NEVER be spent in the office. Anything is better than working on your birthday.  Even though I don’t work in an office any longer, I still like to respect my day to take off and do something that feels new and fun and full.

However, this year is a little different. The last couple of days I have been in the middle of a hormone cyclone, that feels like PMS on hyper drive. I’ve heard this can happen in pregnancy, but wow,… it’s really really intense. I feel like I need to just cry and cry and cry and everything feels like these ginormous issues that I have no control over. I woke up this morning and realized that I just didn’t feel like taking off for the whole day.

So,.. here I sit in the library writing out this blog, moving through my feelings. I’m noticing the shame that I carry around for feeling a lot. Even though I KNOW it’s hormones, and I KNOW it’s pregnancy, the fact that I can’t CONTROL these intense emotions creates an unbearable amount of shame. I did some morning page writing about my relationship to shame this morning, and it’s sort of a fascinating concept, even as I get older. Instead of feeling compassion for myself when I am obviously hurting, why is it so easy to go to a place of shame? Of disgust? Right now I am consciously choosing to see myself as little Jackie that isn’t wrong or bad, just hurting. The way I would want to see my daughter when she’s hurting. I don’t need to be different, and I can’t so easily just push this away. So here I am, on my birthday writing about shame and feelings. ahahha

I think afterwards I’ll enjoy a good cry and a drive and a nap. What a wonderful way to celebrate a birthday. In a place of rawness, especially if I can spend most of the time just loving who I am and trusting that the feelings always move on once they are acknowledged and welcomed. xo

Okay so I love Brene, and I love her messages of Bravery and vulnerability and taking risks. We sat down with our 13 year old daughter to watch her Netflix video. Ah! You need to see it if you haven’t yet. It was cool because afterward K said that she thought Brene would be a cool person to meet. She said she seems really genuine and authentic. Even if what was spoken about doesn’t stick, at least she’s exposed to it, and will continue to be at our house. Yes! Proud bonus mom moment number 1000. 😉

Here is the preview of the movie if you haven’t yet seen it. Sooooo inspiring.

Oh my gosh have you guys seen this? Maybe I am late to the game, but I just stumbled on this a couple weeks back. New plan! I’m going to print this (or write it up myself) for the house. What a wonderful way to live and parent. Ahhhh! I love love love it, and every time I read it, it makes me cry. I’d love to hear your thoughts… .xo Jax 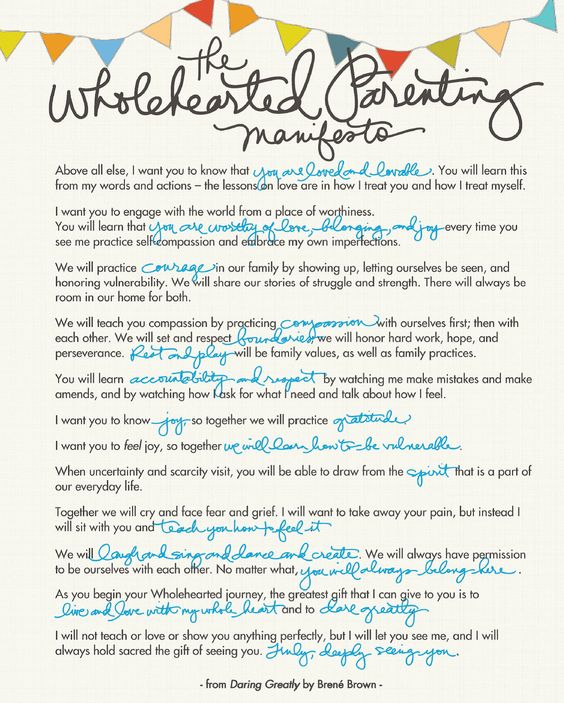 I had an interesting experience on Friday morning. I was invited to a women’s circle, and I said yes. I love women’s circles!
It’s a chance to come together as women to share!
To feel!
To connect!
Ah! It can be so so enriching and validating.

Anyway, I was really looking forward to it. I’m such in a place of wanting to expand my friendship base to more heart centered people that are doing work on themselves, and are willing to be open and vulnerable.

We sat in a circle and all introduced ourselves. There were some that had been coming for a long time, and a couple of us were brand new. I suddenly realized that not only was I surrounded with like-minded, open, vulnerable women BUT they were all extremely successful, magnetic, and powerful creators as well. Suddenly I felt a bit intimidated and when it was my time to speak, completely forgot what to say. I totally forgot to say anything about me being AN ARTIST or anything that I want to do or create. It was like I was just milling around aimlessly. I think in hindsight, I just felt like I wasn’t enough.

As I was driving home I kept replaying what happened in my head. ‘Ahahlsdkf! Why wasn’t I more confident? Why couldn’t I think of what to say? Why did I leave everything personal out of what I was saying?’

Then my self talk got even worse. (sad face)

‘Maybe I shouldn’t be a part of this group, these women have it all together. They probably think I’m just this ridiculous foolish girl. I feel dumb and not good enough. I’m sure everything I say probably sounds so stupid to them.’

I’ve heard those words before. They were reminding me of some horrible old beliefs that I thought I’d already squashed. As I started to slip down that yucky path,  something stopped me.

Then suddenly, I noticed another voice. This one was hidden behind the pushy loud one. It was patient and soft, but still steady. It said, ‘What if you were invited to this circle for a reason. You’ve been saying that you want more depth, more vulnerability. Maybe this is exactly where you need to be to learn to show up fully as yourself and keep your heart open to learning even more. It doesn’t matter how much they have accomplished, these women are so open to having you here as well. They have plenty to teach you, but you have plenty to teach them as well.’

I sat there for a moment, in traffic, and took a deep breath. This is where I got to choose which voice to listen to. The second one sounded strong and powerful, I’d definitely PREFER to listen to that one.

It’s so funny how easy it is sometimes to ASSUME that we aren’t good enough for some things, that we aren’t ready. We can ASSUME the other people have more of the answers than we do, or they are just plain smarter or prettier or better than us, and that because of that, we don’t DESERVE to be there. That our presence won’t influence the group at all, that our existence isn’t going to spark anyone, or touch anyone, or mean anything. But I’m not going to let those feelings stop me this time. It’s okay for me to feel my insecurities. I can feel them with compassion and let them go.

And then I can rise to the occasion. 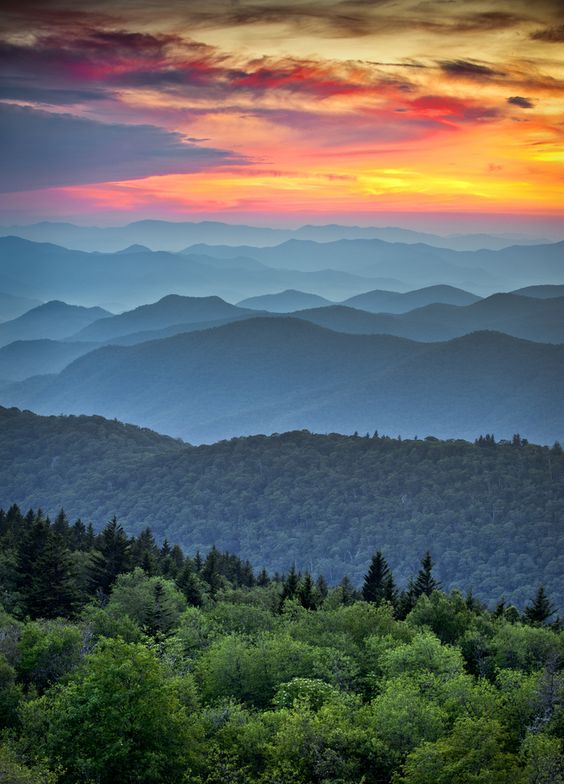 This morning, in the quiet, dark morning, I was drawing in my art journal and reflecting on this past week. The kids are off in Europe with their mother for a summer vacation, and you’d think I’ve had a lot of art time. But it’s been a busy week full of lots of errands, and some family time. Parts have been fulfilling experiences and others that are just,.. you know,.. necessary.

Anyway. As I was allowing my mind to relax, I realized that I feel a bit uncomfortable. I’m feeling a bit muddled right now. Starting a new piece but not sure where it’s headed or what to do next. There’s been this gnawing anxiety inside as I work out what to do and how and if it’s even going to work.

I hate to admit that but it’s true. I feel like a fake. I feel disconnected from whatever I thought I was and it feels yucky.

In that moment I jotted down some notes for myself.

Why is it that I only feel like an artist when I have the answers?

Because when I think about it, being an artist isn’t HAVING the answers, it’s relishing the questions. And I’ve known this, I’ve felt it in my body before. But intellectually it’s UNCOMFORTABLE to be in a murky place, am I right? In a place where I’m feeling a bit tired and listless. But am I only an artist when I’m bursting into flames of passion and frothing at the mouth with excitement? Does being an artist really come and go just as quickly as my emotions?

No! It can’t! What if all of this is being an artist. All of it. Regardless of if I am in a buzzing bursting swirling place of joy or if I’m cloudy and unsure. I’m still a creator, I’m still searching and open and moving forward.

So this was a good reminder to have faith. Faith that there is always an ebb and flow to everything, and creating is just another part of existing. So have faith. I know I can do things to foster my creativity better than I have been.

Maybe it’s okay to sometimes feel lost. To sometimes not feel all that we truly are. Maybe those are the moments when we get to learn more about ourselves, and our strength then we ever knew possible.